What do Prince Philip the Duke of Edinburgh and Dr. Bill Frankland have in common? Several things! They were both born and raised in England. They are both vital, active and healthy Seniors. They have both received accommodations and honors from the Queen and they are both still actively employed and working!

Prince Phillip announced this past week that in August of this year, at the age of 96, he will be retiring from his active public duties within the Monarchy. He will still make public appearances and remain engaged in over 780 organizations that he is either President or a member of. By officially retiring from his “Public Engagement” position, he will no longer have to make long trips in order to represent the monarch.

Dr. Bill Frankland, a highly acclaimed Immunologist, is Britain’s oldest working doctor at the young age of 105! He is known as the “Grandfather of Allergy” and still consults with people about their allergies and contributes to journals and publications.

It seems that the British people have not followed the American cultural concept of middle aged retirement! Having a very active and vital Queen that recently turned 91 years young probably does have an effect on the way in which they view aging, engagement and participation.

In a recent interview, Queen Elizabeth was asked if she would be stepping down from her position. She responded by saying that she is in her job for life. The monarch’s public duties and behind- the-scenes work as Head of State continue despite her years. Elizabeth II has always made it clear that abdication is not an option.

Imagine the commitment that she made on her 21st birthday, during her famous radio broadcast in 1947 in which she declared: “My whole life, whether it be long or short, shall be devoted to your service and the service of our great imperial family to which we all belong.”

Feel the difference between these two statements- “MY WHOLE LIFE”- versus “UNTIL I’M 65”!

Allow yourself to stretch into the concept of spending one’s whole life, devoted to service, engaged, contributing and making a difference. A life filled with purpose!

You may be thinking that you would like more time to travel, play golf or spend time with the family and grandchildren. Great! You can do those things AND stay engaged and participating in your profession! There are unlimited ways for you to customize what non retirement might look like for you! A few possibilities would be for you to cut back on your hours per day, or to cut back on how many weeks or months you work within a year.

Once you step off of the Culturally Conforming Conveyor Belt and begin to see the ways in which you have been marketed to and sold this concept of middle aged retirement, you will begin to realize that you have a vast amount of choices when it comes to how you negotiate your future!

“I don’t expect to retire. Every man must work, that is his natural destiny.” 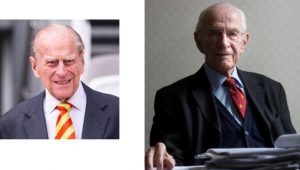